How Influencing Is Becoming Specialised

When it comes to using influencers, the concept itself is very well developed. Celebrity endorsements have been almost as old as advertising itself, and the modern digital age has taken matters further by providing new platforms for hitherto less well-known individuals to become influencers – and gain celebrity as a result of it.

However, this sequential reversal is certainly not the only change. The fact is that the influencer scene is diversifying, offering anyone with a  product or service to sell increasing choice in how to go about marketing it, often with particularly niche influencers.

For example, as tech portal The Drum reports, Australia is seeing this kind of diversification taking off in a big way. It noted that Hypeaudior has predicted an emerging trend of influencers who focus on a few brands becoming more trusted, and predicts this will lead to more specialisation.

Hypeaudior founder and chief executive Alex Frolov said: “When audiences on Instagram have multiple touchpoints with branded content, the content becomes familiar and recognizable, and as a result, much more authentic.”

This, it anticipates, will lead to specialised influencers such as ‘petfulencers’, ‘skinfluencers’ and ‘granfluencers’ taking centre stage.

Given the ubiquitous nature of social media through the English speaking world, there is no reason to think this might not apply elsewhere. In such circumstances, student influencers will be perfectly placed to help market goods aimed at the student sector, with a small, niche range of brands and products.

A key benefit to the influencers themselves is that they can not only gain authenticity and a sense of reliability by focusing on a small range in this way, but can also avoid a scattergun approach motivated by chasing the money that could end up creating a conflict, such as by trying to simultaneously promote health products and unhealthy ones.

This echoes a point recently made by law firm Walker Morris: That an influencer seen to be using a product that conflicts with the thing they are promoting can damage a brand. It makes sense, therefore, to use influencers whose focus is narrow and consistent.

What Are The Influencer Trends To Watch For In 2022?

The profile of the influencer has risen during 2021 from a niche marketing tool, to a much more mainstream figure. 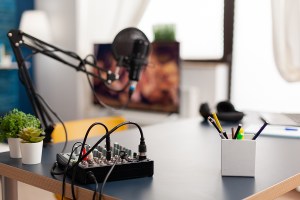 Three Important Parts Of Influencer Marketing That Can Be Easily Missed

Influence marketing is about finding people as passionate about your brand and your products as you are and using their reach to help bring even more eager eyes onto it.