The Importance Of Getting Influencers Who Fit

Influencer marketing is now a well-established part of the marketing and PR scene, so much so that for many brands, particularly those aiming their products and services at the young, it is hard to imagine marketing campaigns without them.

Influencer marketing is now a well-established part of the marketing and PR scene, so much so that for many brands, particularly those aiming their products and services at the young, it is hard to imagine marketing campaigns without them.

However, any old influencer will not do. The use of student influencers, for example, is bound to be more effective among fellow students than outsiders. Yet it seems not everyone has caught on to this.

Writing for PR Week, influencer marketing entrepreneur Abraham Charles, the founder of Eaeo, commented that many firms are not using the right kind of influencers.

He said: “It’s clear that brands are paying over the odds for campaigns using influencers who aren’t the right fit, as part of projects which don’t do the job that influencer marketing is supposed to do.”

In particular, Mr Charles noted, the kind of influencer marketing commonly used today is only effective in creating awareness and not so useful for leading potential customers down the sales funnel.

He particularly criticised the “flawed” idea of using people with large and broad followings to try to get results, observing that “smaller influencers often get better engagement”.

Mr Abraham is far from alone in noting the importance of tailoring the use of influencers to each segment of the market.

For example, writing for The Drum, Simone Morris of GottaBe Marketing has said the age of “one-size-fits-all marketing” is over. She said that unless multiple influencers are used to reach each group, only those whose demographics match the influencers used will be reached.

Giving an example of how demographic characteristics can affect influencer marketing, she advised: “If your audience is predominately white, ask yourself what you need to do to attract others, as your brand will only attract those it represents.”

This is why nano-influencer marketing can make a big difference. By getting specific influencers with the characteristics of each little segment of the market you can reach the people that others, with their focus on influencers with many followers, will not. 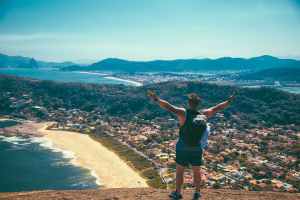 How To Spend Your Summer If You’re A Student

Here are some tips on how to spend your summer if you’re a student:

How To Find Influencers You Can Trust

Influencer marketing works by using people on social media to promote and provide information about your brand in a way that is genuine and believable.